Randall Rogers says: I am fifty-three, now from the town I went to high school in, that is Rapid City, South Dakota, where many Original Americans, mostly German and Scandinavians immigrant's descendants live.  I have spent the thirteen years from 2000 to 2013 in Cambodia and Thailand.  I just yesterday traded in my American made Stratocaster, the 60th anniversary issue, for an acoustic, mahogany bodied Taylor guitar.  It should be fun.  Last published in The Camel Saloon, and Dead Snakes, but I think some of my best stuff is in the Feb. 2010 archives of Ross the Russian sounding last name guy's Asphodel Madness, and in the archives and books of Scars.TV.  I was the editor of The Beatnik Cowboy from 2003 to 2008, it was an hard copy only publication that I put together from Pattaya, Thailand.  Usually little magazine editors like Joe Speer, David Pointer, Jonathan Penton, a rather famous old Beatnik gent-poet from San Francisco whose name escapes me now, and even Lyn Lifshin submitted to the Cowboy.  It was going well and I had the penultimate issue on my fine Dell newly bought computer when the Cambodian cops got me (I was charged with shooting at the too poor to purchase a uniform or gun cops, destruction of property, and ganja - my takedown was a wild two days or so) and the poor policemen stole my computer and much more like sheets, towels, and all the booze in the bar in the bar-hotel I was running.  Later I asked why they didn't steal the fine art I had up in the place, and the Cambodians replied "no need".  They even took my dapper, Cambodian tailor made clothes.  Must have had a "need" to style up.  I started writing at age five, and, believe it or not, I won a contest with my short story then and read my work over the radio.  Russel Struer of Camel Saloon brought me back into the US poetry fold in 2010 by publishing a lot of my stuff.  I was sort of making a small splash in Baltimore and England when I gave up writing and sending out from Cambodia due to lack of internet, computer, and crushing loss im my attempt at starting up and running a twelve room small property hotel and bar.  Old famous rockers, washed up, used to come ashore at our Native Khmer Hotel and the Jerry Garcia bar in Siem Reap, Cambodia.  And I did sort of well until I gave it up too as a professor of Sociology, working for among other academic joints the New School, the famous place in New York city, where I worked as an online or distance learning professor for eight years.  I am hoping to revive my poetry career.  I am so Teddy Roosevelt like dee-lighted you like and are going to publish my stuff!  Still a thrill for me!  Thank you exceedingly so very much!  Or, as they say in the eastern and Russian speaking part of Ukraine, where I taught Sociology for one year at Kharkiv National University, spaseeba bolshio or big thanks.

Is that fine enough for bio? 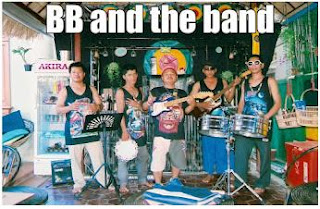 I can't see for miles and miles,
anymore,
and I get freaked out
on details,
it is sort of like Kerouac said,
while trying to write "Memory Babe"
"The story is in the details,
and damn it I can't remember them."
And, commenting on Allen Ginsberg,
he declared Ginsberg was
little more than
"a hairy loss".

Geez, I started getting
right with me dying
alone and stinky
unfound
in my early fifties.
And I watched older people
and saw how they reacted
when one of their group
died.

And I thought, wow, isn't
it great that studies have
shown when you're freaked
and freaking out you're
losing your mind, it is not a
prelude to actually,
spontaneously, losing
your mind.
On the contrary, one eases
into mindlessness, and no
no one became senile
ever panic attack freaked
out about their thoughtless
slide into the abyss.
Of Satan. 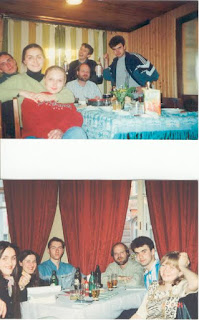 Oh shit,
redirect,
stop the too much
detail-notice
minute differences
uber-real,
and nip in the
half sentence
the intrusive/automatic
thoughts or
internal dialogue,
that sooner
than later
usually
may spiral down
soar in mis-judgment
and bring you
to where all is nonsense
seems a pity
and you wonder
feeling this bad
every sleepless waking
hour of life and is
it worth it?  Appears, the
only way to stop
the most
horrible brain pain
is to act yourself
on yourself,
to ensure, Earthly
non existence.
Where all
the needless suffering
seems a colossal waste
and a pity
considering your
correct thought
non-rumination
very real philosophical and
problem solving
potential,
if you can ever get
over your present
condition.
Bet your bomb shelters
Marxist-Leninism
will rise again
in 2030 CE.
Posted by Bruce Hodder at 1:13 AM

I really appreciate  DR AKHIGBE,my name is LAURIE HUGHES . I will never stop testifying DR AKHIGBE , Happiness is all i see now I never thought that I will be cured from HIV virus again. DR AKHIGBE did it for me I have been suffering from a deadly disease (HIV) for the past 2 years now, I had spent a lot of money going from one place to another, from churches to churches, hospitals have been my home every day residence. Constant checks up have been my hobby not until this faithful day,  I saw a testimony on how DR AKHIGBE helped someone in curing his HIV disease in internet quickly I copied his email which is drrealakhigbe@gmail.com just to give him a test I spoke to him, he asked me to do some certain things which I did, he told me that he is going to provide the herbal cure to me, which he did, then he asked me to go for medical checkup after some days, after using the herbal cure and i did, behold I was free from the deadly disease,till now no HIV in me again he only asked me to post the testimony through the whole world, faithfully am doing it now,all the testimony of DR AKHIGBE is true  please BROTHER and SISTER, MOTHER and FATHER he is great, I owe him in return. if you are having a similar problem just email him on drrealakhigbe@gmail.com or you can whats App his mobile number on +2348142454860  He can also cure these diseases like HIV and AIDS HERPES,DIABETICS,CANCER, HEPATITIS A&B,CHRONIC DISEASES, ASTHMA, HEART DISEASES, EXTERNAL INFECTION, EPILEPSY, STROKE, MULTIPLE SCLEROSIS, NAUSEA,VOMITING OR DIARRHEA LUPUS,ECZEMA,BACK PAIN,JOINT PAIN. .ETC .please email drrealakhigbe@gmail.com    or whats APP him  ..+2349010754824.  he is a real good and honest man.
website...  https:drrealakhigbe.weebly.com