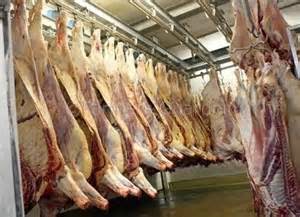 DEAD MEAT
by Bruce Hodder
At ten pm under a thin December moon, Declan O'Connor, a short, overweight Irish shift manager, arrived in a new BMW to interview candidates for a cleaning job at the meat factory. He was half an hour late, but as he was in charge, who was going to tell him that?
Two Polish men, one Lithuanian, one Latvian and one English man had been waiting silently in the canteen since half-past nine. Once O'Connor was in place in his office, with his usual cup of coffee and his biscuits, a woman in a tabard came into the canteen.
"New starters? Follow me."
The candidates were escorted to a meeting room, where they sat together around a big table talking quietly, mostly in Polish, but occasionally in broken English.
"What was your last job?"
"Nothing."
"You never work?"
"A day here, a day there."
"How long you been in England?"
"Six months."
The Latvian man, his blue eyes hollowed out by melancholy, told the Englishman, "Used to be jobs so easy to come by. Now nothing. So hard. Something very wrong."
The candidates were called one by one down the corridor to O'Connor's untidy office, and returned to the meeting room five minutes later.
"His accent so hard to understand," said the Latvian man. "Ireland is part of England? Same language?"
The English candidate went in last. O'Connor told him with a conspiratorial smile, "You're in a minority here. There are only two English people on the shop floor. And most of the managers, of course."
They had a cursory chat. O'Connor asked the Englishman about his experience, although the job had been advertised as "full training given." If he had known experience was a requirement, the Englishman would not have bothered to spend money he didn't have coming all the way across town on such a cold night.
Afterwards, he was sent back to the meeting room as the other candidates had been. They waited another five or six minutes for O'Connor to come in and announce three successful names out of the five. The chosen ones who would come back in tomorrow and start their training.
There was a complete absence of feeling in his voice or on his face as he read out the names. He might have been sorting fresh joints from rotten.
Leaving with the others, too tired to feel sorry for himself, the Englishman said, "Well, that was a waste of bloody time."
One of the successful candidates, walking behind him, laughed and said, "Can you smell the dead meat?"
He was right: the stench rising from the factory floor was thick and awful.
Pushing open another door marked "exit", the Englishman looked at his mobile and realised he had missed the last bus home. Perhaps understanding why he looked so annoyed, and perhaps not, one of the Polish men touched him on the shoulder.

Outside the winter chill closed around them. ﻿
Posted by Bruce Hodder at 5:29 AM No comments: 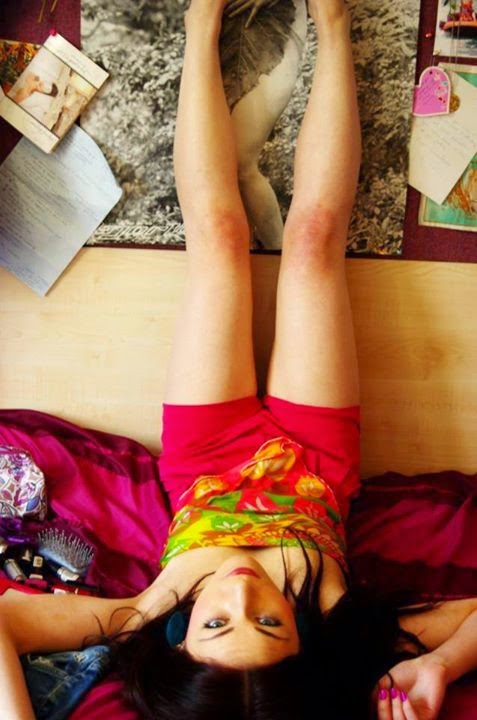 
Performance poet, marketer, founder of ‘Run Your Tongue’ spoken word night, and Charles Bukowski devotee. Bee graduated with first-class honours in Creative and Professional Writing from the University of Nottingham. Following a brief period working as a poet in schools, she has since moved into the fast-paced world of marketing, where she’s able to use both the left ‘logical’ side of her brain and the right ‘creative’ side. Inspired by people and places, Bee’s work focuses heavily on the five senses, and she believes that every word counts. Her ultimate aim is for readers and listeners to see, hear, smell, taste, and feel her poetry. Bee also happens to be the 2012 Nottingham Poetry Society Slam first prize winner.

Written in response to a poem called ‘Song for Bethany’ by the late Graham Joyce; a fabulous mentor, an incredible author, and an insanely missed friend.


rolling ourselves in rizlas of earth


and arrowheads and bluebirds from chests


then coming up Sunday


what do they know?

standing in love with another


promising not to let them hurt me


as much as the first


and arrowheads and bluebirds from my chest


like heavy rain on the sunroof of a car

I’ll use lowercase for every single word


so that each letter knows their worth


and I will write


to the sound of


He Didn’t Want to be a Victim

What did you carry?


I didn’t want to be a victim. I’ve seen things, lost things.


The whisper of prison missed my ears beneath the shouting streets.


A slap on the wrist – I can handle that


then he’ll fall back into concrete embraces,


continue to subsist in a vulnerable bubble of kindred pretences


Their skin’s a different colour to yours?


Or you can’t pronounce their surname?

I didn’t want to be a victim.


I didn’t want to be anybody’s victim.


We can’t harmonise with a handshake.

Peering from my back pocket, hidden in my jacket

better to arm yourself with a weapon, denote intimidation


than be a victim.

I didn’t want to be a victim.


I didn’t want to be anybody’s victim.


We can’t harmonise with a handshake.

And now all I see are these walls


eats and sleeps a metre away from his toilet –


it disgusts him. The drip


of the sink, syncs with the thud of his heart and the blink of his eye


as he tries to forget


the encounter of my shank with their skin


at the point of his knife


and the life that taints his iron hand


that can’t be washed away with peroxide.

around half past seven, eight o clock


he’s there. Just there

A lost receipt for a packet of wine gums

The stranger captured in the background of your photograph

but it’s you who paints a smile on your face.


under the peak of a cap


to a receding hairline


along with everything else.

Both hands placed below his chest


a bouquet of decaying fruit

‘Excuse me? I don’t suppose you’ve got forty-six pence?’

He glances at the change cradled in his palm

‘I’m just short and I need to get a bottle of pop?’

For a heartbeat, you panic


you think, he needs more than a bottle of pop

Two small spheres of black ice, too close together

Before you’ve finished, he’s turned away


as if swung by a gust of wind


zig-zagging through the blind


in the same night, once

He’s there, always there. Just there

He mustn’t have remembered me. 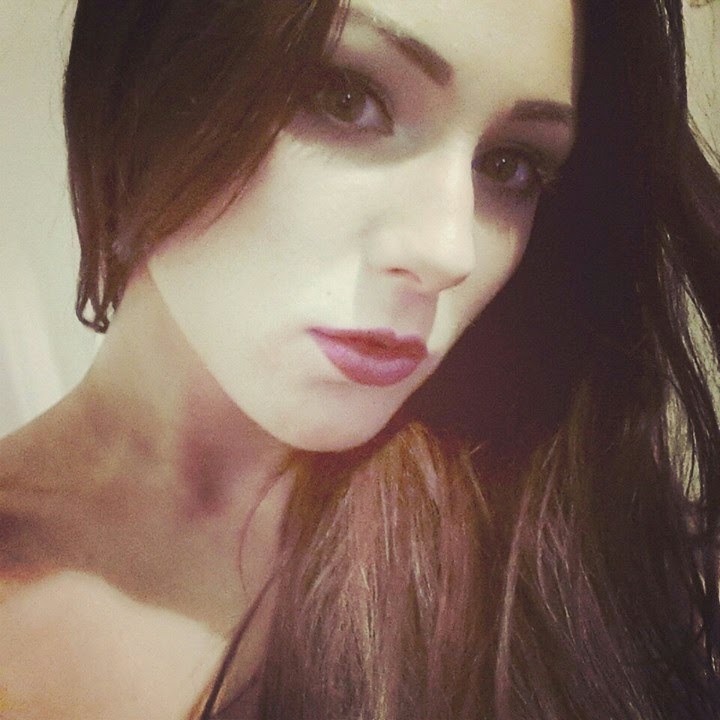 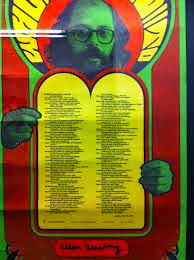 The Beatnik Is Back. Long Live The New Beatnik! 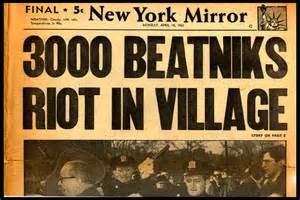 Remember the old Beatnik? It ran for six years, until other commitments, which included a fortysomething university degree and an unfortunate energy-sapping involvement in politics, took me away from the work that really mattered. Without knowing it, I was also getting ill. I had a growth beginning on my lungs, and pneumonia. But I survived. Suffolk people are stubborn as old tree stumps.

Now the time has come to give Beatnik another go. But this time, or at least for now, it will be a little different. I won't be accepting unsolicited submissions for the time being. The volume of material I received before, once Beatnik was listed online (without my knowledge) as being open for contributions, was crushing. I loved reading the poems, and meeting, long distance, the poets, but I couldn't keep up.

As I say, things may change. I may even get a little helper in. But until then I'll be approaching the poets and asking them for work. With any luck one or two will even say yes.

An important point: the Beatnik reference in the site name doesn't mean that all the poetry is Beat or Beat-inflected. It's just a name, and an indication of my own favourite reading. But my taste in poetry is broad and the material you find here will reflect that.

If you want to correspond with Beatnik, feel free to email me at bfredface@gmail.com. I'd like to print your messages if possible to stimulate discussion among readers, so if you do write, but you'd rather it stayed private, please mark your email 'not for publication'. I want, also, your recommendations--poets I should be considering for publication here.

Currently I plan to post once or twice a month. The first featured poet, who I saw recently giving a stellar live reading, will be appearing soon. She may not be known by everybody, but I'm sure you'll like her work as much as I do when you read it. Keep an eye on the page, or like The New Beatnik on Facebook for updates.
Posted by Bruce Hodder at 3:14 AM No comments: