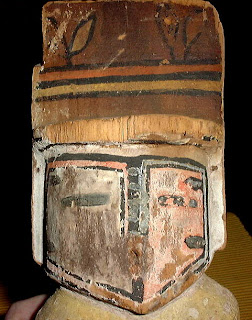 TO RESPONSE THE RESPONSE


THE LAST MESSAGE IN THE LAST BOTTLE


THE DRAGONS CAME ROARING OUT


THE MYTH OF THE WEALTH OF NATIONS

Posted by Bruce Hodder at 3:29 AM No comments:

When a poet sends a really good batch, it's hard to say no to any of them. Here's another three by Michaelsun Stonesweat Knapp. For a brief bio of the poet, go to last week's posting.


If Crime Doesn’t Pay Sandwiches Will

but then it occurs to me
why then was she
working the register
at a sandwich joint?

So the only logical
explanation
is that she was
at one point
just a really shitty gangster.
***

Rob and the Birds

Rob is a carpenter
for the county fair;
has been since high school
before either of his kids were born.
He’s the one

who does the work
in the repurposed hanger
with tall wide doors
that lets birds and the wind in.


Every night at closing
he walks between the walls
of the hanger
and the facades
he builds every year,
throughout the year,


looking for people
who went through an access door
to hide. He never finds anyone,
but what he does find
, next to the various wrappers of God knows what
, resting on the sea of kettle corn that he walks on,
are dead birds.


The ones the wind brought in
and left to twist
in the cool air conditioner breeze.


The sparrows starve
and fall, unable to fly or even waddle.


The pidgeons find the corn
back there and their stomaches soon burst.


The hawks are the worst for Rob.
They manage to look so stately
, so immortal,
while trapped in the hanger.
They last the longest
, eating the other birds,
but they too die. And Rob


brings them all out. He
carries them like friends
, wraps them in white newspaper,
and takes them to the dumpster out back
where the birds had wanted to be
from the moment they flew in,
and couldn’t fly out.


A carrot?
A potato?
A can of tomato paste?
Sink.


A Florida orange?
A four by four?
A plastic orange?
Float.

Venice on the Second

it’s twenty eight hours shy of July Fourth,
in Venice, by way of the 10 freeway,
and the sky groans in its sleep
with premature fireworks and
electricity running relay races on telephone wires.
In this city by the sea,
in the parking lot of a Ralphs,
a homeless dog is tied to a shopping cart collector
and alternates saying first, “Save me,”
but then “Go away.
I listen, eating a peanut-butter cup
I’ve gotten for being a good boy;
sit on the hood of mother’s Toyota Sienna,
which both looks and drives like a whale,
and after considering the dog’s requests
I turn to him and reply
“No,”
and he hushes-up and lays down
until he’s picked up by a man
who isn’t a homeowner either.

Bio: I am a 22 year old, Native American, college graduate from the Los Angeles area. I have been published in In Somnis Veritas, Creepy Gnome, and will be in the upcoming editions of Carnivalitmag.com as well as California State University San Bernandino's newpaper The Coyote Chronicle.

NATALIE MORALES
For Kathleen
Some people would rather you stay with the abusive boyfriend
who demanded seventy-five hundred dollars
in return for your life
who bought you birthday gifts with your money
because he’s a chivalrous motherfucker
who put a cigarette out on your face
since the ash tray was full.
God would rather you use your soul
to carry around demons
like an old suitcase
Pastor would rather you batter-ram your emotions
into a sardine can
on the tip of a pinhead.
But let me tell you
—sister—
who you are is fine with me.
And let me tell you
—sister—
the caged bird doesn’t sing.
You’re a peacock, not a parrot
—sister—
so let your wings breathe.

Hello Marylou: Lu Anne Henderson Tells It Like It Was